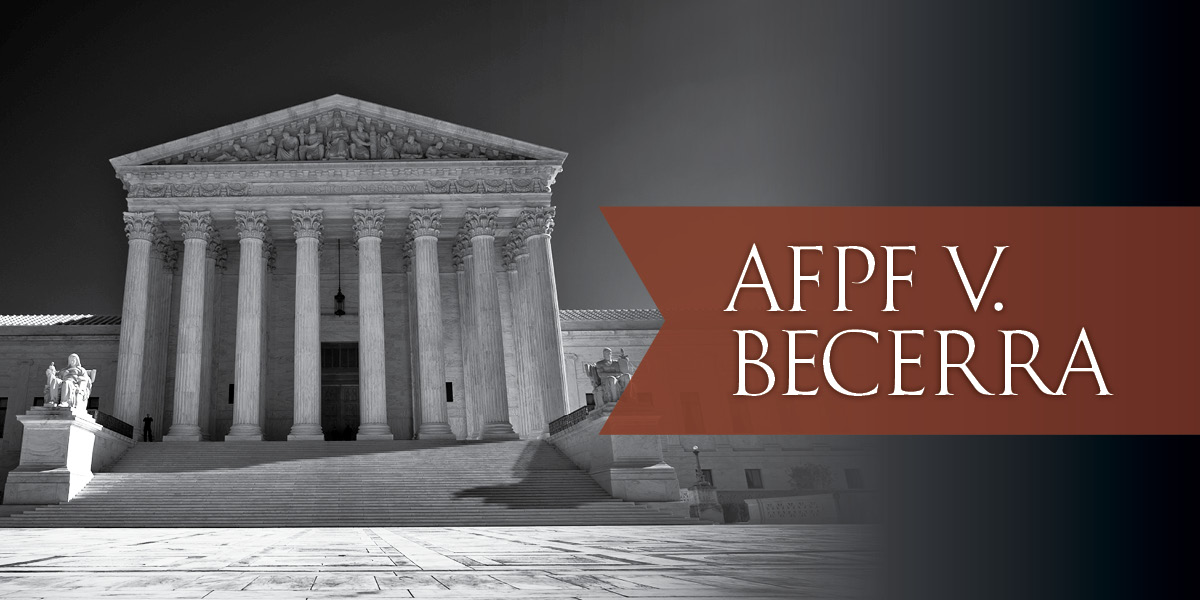 Kansas Justice Institute joined with over 30 other public policy organizations in signing an amicus brief with the U.S. Supreme Court in the combined cases of Americans for Prosperity Foundation v. Becerra* and Thomas More Society v. Becerra. The brief asked the Supreme Court to recognize the bedrock First Amendment and privacy rights of Americans and the charities they choose to support. The U.S. Supreme court ruled 6-3 in favor of Kansas Justice Institute’s position on this important First Amendment rights matter.

“This is a major victory for the millions of Americans who support charitable causes. The First Amendment protects against forced disclosure of private donor information. We stand strong to push back when the government oversteps their bounds.” – Sam MacRoberts, Litigation Director for KJI.

* The brief was filed when the case continued under Xavier Becerra while the final ruling was issued while Rob Bonta held the position.

There is no good reason why the government should be able to keep lists of people’s names, address, and the charities they support. The First Amendment protects against forced disclosure of private information without a compelling need. All non-profit groups should be alarmed by what happened. We stand strong to push back when the government oversteps their bounds.

As the U.S. Supreme Court wrote in NAACP v. Alabama in a similar attempt at mandated donor disclosure, “it is hardly a novel perception that compelled disclosure of affiliation with groups engaged in advocacy may constitute as effective a restraint on freedom of association[.]”