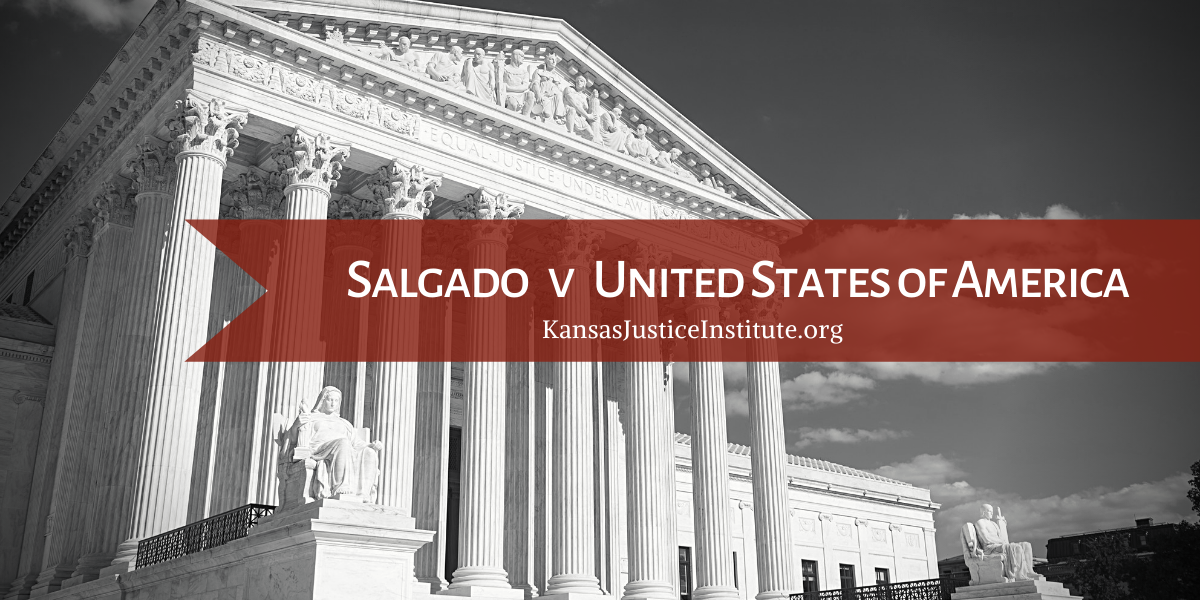 “Civil asset forfeiture is when the government takes a person’s property without a criminal conviction. In some cases, the person is never even charged with a crime, as was the case with Miladis Salgado,” said KJI Litigation Director Sam MacRoberts.

“The government’s ability and propensity to seize a person’s property without a criminal conviction poses a serious risk to our constitutional rights.  When we heard what happened to Ms. Salgado, we acted,” continued MacRoberts

At the last possible minute, when the government saw they would lose their forfeiture case against Ms. Salgado, they dismissed the proceedings. This tactic prevented the government from having to pay Ms. Salgado’s attorney’s fees.  Ms. Salgado lost one-third of her life savings because of the government’s litigation tactics.

This is not what Congress intended when it passed the Civil Asset Forfeiture Reform Act in 2000. This reform allowed people to recover attorney’s fees from the government when they substantially prevailed in a forfeiture case.  The intention was to help level the playing field between the United States and forfeiture victims, and prevent the government from litigating flawed forfeiture cases like Ms. Salgado’s.

“Taking Ms. Salgado’s money was bad enough.  She didn’t do anything wrong. Sticking her with the legal bills for defending a case that never should have been brought was unjust and offensive,”  MacRoberts said.

“If the United States is permitted to avoid paying attorney’s fees by gaming the system, the government has nothing to lose by endlessly and abusively litigating flawed forfeiture cases,” MacRoberts said.

Salgado v. United States is being argued by the Institute for Justice. 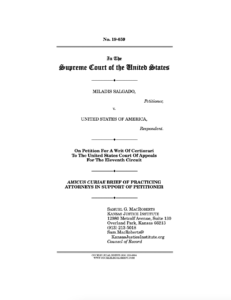