Classic car could be destroyed even though no crime committed 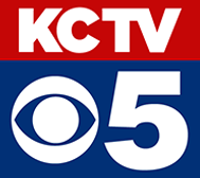 KANSAS CITY, MO (KCTV) — A metro-area man’s dream come true has turned into a nightmare. The dream — a 1959, red and white, hard-top convertible Corvette. The nightmare — the dream car is sitting in an impound lot in Topeka, waiting to be destroyed.

He first saw the car of his dreams when he was a teenager.

“I fell in love with it,” said Rich Martinez. “I said, that’s what I’m wanting to get when I retire! So I spent my whole life trying to earn that.”

After a searching for decades, Martinez found the perfect restored Corvette at a dealership in suburban Chicago. He drove all night to get there, and was at the dealership that day before it even opened for business. He loaded it on a trailer, and took it home to Olathe.

Martinez had plans for the car.

“Every day, back out in the driveway, wash it, put it back in, garage,” Martinez said. “and on Saturdays, go down to my favorite hamburger joint, get a hamburger, ride around a while. Come home.”

But the dream only lasted until Martinez tried to register the car in Kansas. The VIN number, or rather, how the VIN plate was placed, was an issue.

“What happened is they took it off to restore it, said Martiniz. “When they put it back on, they used modern bit rivets instead of old. You can buy the old rivets to put them back on but they didn’t. They just used modern rivets and put it back on.”

Many states are flexible on how the VIN is reattached after restoration. The car had been licensed and registered in another state. But Kansas is not so flexible. The VIN number on the engine was no help. It wasn’t a match because the original engine in the 62-year-old car had been replaced.

So even though Martinez has paperwork from the dealership, Kansas considers the car contraband.

“He came out and told me he was going to impound the car,” remembered Martinez. “I was devastated.”

The corvette is now in purgatory. It was impounded four years ago, and for some of that time was left outside—not pampered in the garage Martinez had ready for it. It’s now inside, being stored with hundreds of other cars and boats that have been impounded.

Martinez has tried to resolve the issues, even going to court, but to no avail. Apparently, the Kansas law does not provide for the return of property impounded by authorities.  Even though no crime was committed and the car was never stolen.

“Sometimes I get angry,” said Martinez. He says not at the authorities, nor the judge or prosecutor—but he’s angry about the law.

Over the years of neglect, the car has sustained considerable damage. An expert who looked at the car estimates $28,000-$38,000 in damages. Martinez has spent about $30,000 in legal fees. It appears there is no simple solution.

There was a hearing in July, but the Johnson County judge presiding over the case asked the Kansas State Attorney General to weigh in before he issues his ruling. The Kansas Justice Institute has filed its own brief in the case, arguing the government should not be allowed to destroy Martinez’ car for an act he did not commit.

But, weeks after the hearing, the Attorney General has decided he will not get involved in the case, leaving Martinez to wait for this nightmare to end.