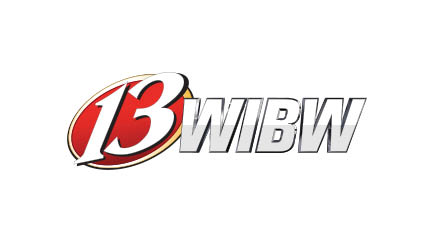 OVERLAND PARK, Kan. (WIBW) – The Kansas Justice Institute is fighting to return a classic Corvette to a Johnson Co. man who has been found innocent of any crime as the Kansas Highway Patrol seeks to destroy it.

However, KHP says it’s not a question of the man’s background, but about state laws governing vehicles.

The Kansas Justice Institute filed an amicus brief on Aug. 18 in the District Court of Johnson Co. in the case Kansas Highway Patrol v. 1959 Chevrolet Corvette, State of Kansas, ex rel. 1959 Chevrolet Corvette. The group urges the Court to protect the private property rights of a vehicle owner, someone recognized by the Kansas Highway Patrol as innocent.

“Asset forfeiture is when the government takes a person’s property without a criminal conviction. In some cases, the person is never even charged with a crime, as was the case with Mr. Martinez,” said KJI Litigation Director Sam MacRoberts. “Asset forfeiture is bad enough. But it’s especially bad in this case because the government admits Mr. Martinez did nothing wrong.”

According to KJI, Martinez bought the classic car in 2016. When he went to register it in Kansas, the KHP found issues with the car’s VIN number. KHP then seized the car even though Martinez was unaware of the issues. KJI said the state’s attorney admits Martinez is innocent, but instead of returning the car, the state has spent years in court working to destroy the Corvette.

“The government should not get to destroy an innocent person’s car,” MacRoberts said.

KHP Superintendent Col. Herman Jones told 13 NEWS said the case is not about asset forfeiture, but about state laws governing what happens when a vehicle’s VIN number has issues.

“When the owner presented this car for inspection, it was found that the Vehicle Identification Numbers (VINs) on the Corvette had been altered, defaced or destroyed.  Pursuant to Kansas statute, such a vehicle cannot be legally registered and must be seized as contraband,” he said.

KJI disagrees, saying it is not right to hold Martinez at fault.

“When the government knows someone is innocent, they shouldn’t use their power and resources to take their property. Kansas’ forfeiture laws are to blame. The United States and Kansas Constitutions do not permit the government to acknowledge a person’s innocence, on the one hand, and then with the other, declare the innocent person’s property ‘contraband’ and take it,” MacRoberts said.