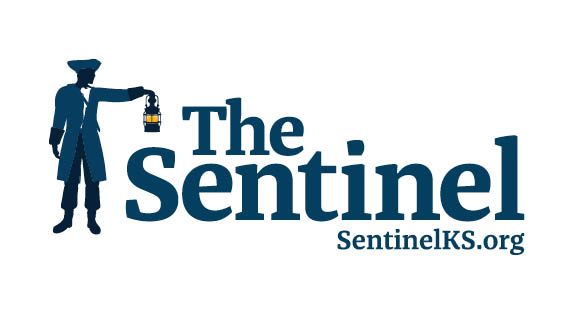 One small town in Southeast Kansas looked at a restrictive cruise night ban from their local government and said, “No, enough!”

And a little help from the Kansas Justice Institute made it stick.

The cruise night ban was issued even though it was not planned for anyone to leave their cars.

Samuel G. MacRoberts, litigation director and general counsel for KJI, the legal arm of the Kansas Policy Institute, which also owns the Sentinel, sent a letter to the city on April 9, noting that the city’s order to prohibit car parades or cruise nights was worded in such a way to prohibit a family driving down the street with their windows open and playing music.

MacRoberts said this was a first amendment issue.

“Politicians don’t get to decide whether free speech is ‘essential’ or not,” he said. “Free speech is a constitutional right.

“The City of Columbus had no business preventing families from driving down Main Street on a cruise night, so long as social distancing was observed. Courts have been clear for nearly a century: prior restraint of speech is presumed invalid. I’m glad the city changed course. Not all do; Most dig in and fight the indefensible. I credit their leadership for making the right decision.

“During this pandemic, we’re seeing more and more local governments crossing the constitutional line. That’s unacceptable, even during a pandemic.”

During the week of April 6, residents of Columbus, Kansas, wanting to honor High School seniors who have essentially lost their final year of school, and bring something positive to a town which had been given the bad news that a local explosives plant would shut down, decided to host a cruise night.

Figuring this was an outdoor activity explicitly allowed under Governor Laura Kelly’s executive order, plans went forward. Things went awry when Mayor Grant Speith and the city administration got wind of the plans.

On Wednesday, April 8, after getting clarification from Kelly’s office, they issued an order stating “the activities of cruise nights, car cruises and/or car parades will not be allowed in the City of Columbus. The Columbus City Police has (sic) the authority to enforce non-compliant activities.”

When the cruise night ban, along with the threat of police action against anyone violating it, was issued — an order which has since been scrubbed from the city Facebook page — residents and business owners raised a firestorm on social media.

On April, 9, the day before the planned cruise, the Columbus City Council met in special session for more than an hour to discuss the event.

Most spoke in opposition, citing concerns about the COVID-19 panic, but Councilman Nate Long noted that suggesting the police might be used to break up the event was “a threat,” adding this was an outdoor activity and that he “spends as much time” as he can on his boat fishing.

After much discussion, the council decided to issue a new statement, reading:

“After thoughtful consideration and a special city council meeting this morning, we are issuing the following:

“The intention behind the above statement was purely to keep our residents safe and not ill intended. We are here to serve the citizens of Columbus and we are doing everything we can to make the best decisions for our community in such uncertain times. Concerns addressed before issuing the above statement included the potential of groups gathering during the cruise (getting out of cars and increased unnecessary foot traffic) and the mixing of people from different households in vehicles. Our goal is to not create another vector for the virus to spread but at the same time, stand behind our residents in efforts that build community support. The benefit of having the event did not outweigh the cost of potentially spreading the virus to even just one person which led to our initial decision.

“Ultimately, after careful thought and discussion by City leaders, choosing to cruise is up to the individuals involved. We do not condone, support or promote this event, as we believe participation is not in keeping with the guidelines of State of Kansas. We deeply care for the citizens of Columbus and everyone’s well-being. We respectfully ask that you be smart and responsible. If you plan on attending this event, please follow the social distancing guidelines (please stay in your cars) and we highly encourage not mixing families in cars.”

Shortly after that, MacRoberts sent a second letter asking for clarification on the cruise night ban.

“In our estimation, the order, as written, unconstitutionally restricted the right to freely speak, assemble and travel … and was not narrowly tailored to achieve its purpose,” the letter read in part. “In short, in our view, it was not constitutionally justifiable. We credit the City of Columbus for recognizing the Order’s constitutional implication.

“On the other hand, if the City of Columbus has not rescinded Official Memorandum 2020-05, and continues to prohibit cruise nights, car cruises and/or car parades, regardless of social distancing, etc., please immediately advise.”

The cruise did go on, with cars lining the main drag and town square for several hours with horns blaring and engines revving, to recognize graduating seniors.  They also drove through the parking lot of one of the local nursing homes to honor those seniors as well.

Local resident and Shrine clown Troy Glasgow was there with the local temple clown firetruck and in ‘full fig,’ enjoying the event.

“It looked like a real good turnout to me,” Glasgow said. “I didn’t stay out long. I had the clown firetruck and did the clown thing. I didn’t see much gathering at all; everyone seemed to have a good time.

“It kind of brought back a few memories. I know I talked to a Sonic employee; they were really busy. It was good to see everyone out supporting the community.”