Posted at 22:35h in Media by Ellen Hathaway
Share

April 22, 2020 – The residents of Osage County, Kansas, were planning to attend an Easter parade when it was canceled by the Osage County Health Department.  According to reports, the County Health Department deemed the parade to be in violation of stay at home orders. At the time the parade was planned by the local community, there were four positive confirmed cases of COVID-19 out of more than 17,000 residents. 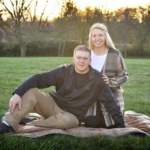 Car parades have become increasingly popular in Kansas and around the country as a way of overcoming the negative impacts of social distancing during the COVID-19 pandemic.

Samuel G. MacRoberts, litigation director for Kansas Justice Institute, the legal arm of the Kansas Policy Institute, sent a letter on April 20 to the Osage County Health Department, on behalf of Derrick Sowers, an Osage County resident. The letter made it clear that wholesale

bans on car parades and cruising are unconstitutional, even during a pandemic.

“Courts have been crystal clear for almost a century: any prior restraint of expression and speech bears a heavy presumption of invalidity,” says MacRoberts.

“The issue with car parades is not whether it’s an essential activity or not. It’s whether wholesale bans are unconstitutional. The government cannot unilaterally and preemptively ban car parades. The United States Constitution does not disappear during a pandemic,” says MacRoberts.

The Osage County Health Department quickly resolved the issue by agreeing to three proposals submitted by the Kansas Justice Institute on behalf of Mr. Sowers. On April 22, Osage County posted a statement on Facebook informing local residents that car parades, cruises, and joyriding are not prohibited by any stay at home order.

“Osage County Health Department ultimately did the right thing. Their dedication to public health and the United States Constitution should be applauded. These are difficult times, and we credit the County for remedying the situation so quickly,” says MacRoberts.

“Because of the pandemic, we’re seeing more and more local governments crossing the constitutional line. The government does not get a free pass during a pandemic. It’s just as important now, perhaps more so, to follow the rule of law.” said MacRoberts.